There is a huge sense of shock and sadness in Portlaoise over the passing of Paddy Fitzpatrick RIP.
Paddy was a highly respected and popular figure within Portlaoise GAA. He served many roles over the years.

As a player he had the honour of being a member of the team that won the first ever u21 football title in 1965. Paddy was corner back when Portlaoise beat Timahoe in a delayed final which was played on Oct 23rd 1966.

He went on to be a mentor with many teams and he was a selector with the great town football team of the noughties, a team his son Kevin starred on.

He was a town supporter and stalwart all of his life and this passion rubbed off on his better half Imelda who is also a standout supporter and volunteer of Portlaoise GAA Club.

The family involvement is significant. Kevin, a star player in his day, is the current senior football manager. David is a selector alongside him. David’s wife Jennifer is the Club PRO. All of the family are staunch supporters of the club and the next generation of grandchildren are featuring in town teams in various ages.

Aside from the sporting aspect Paddy will forever be remembered for his good humour, warm personality and his fantastic wit. He was a character who was universally loved and over the coming days people will be recalling the great memories and stories of Paddy Fitz. It will be a time of sadness but the memories of Paddy are sure to bring a smile to many faces.

The thoughts of everybody in the club are with Imelda, Brian, David, Kevin and Laura. His grandchildren Gavin, Aoife, Abi, Conor, Aidan, Eoin, Dylan, Harry, Charlie, and Zak. His brothers Billy and Mick, sisters Eileen and Maureen, daughters in law Louise, Jennifer, and Gemma, son in law Seamus, nieces, nephews, relatives and a large circle of friends. 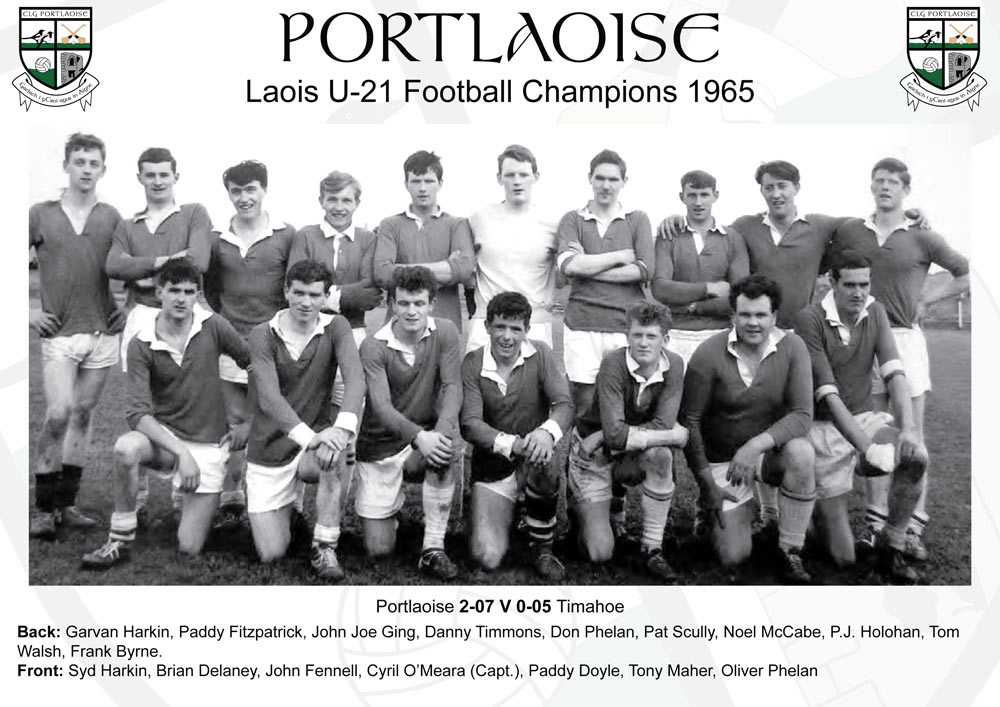 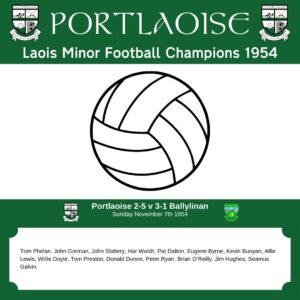 The Town beat Ballylinan in the Laois Minor A Football Final. Final score 2-5 to 3-1. 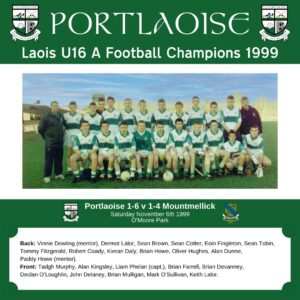 The Town beat Mountmellick in the Laois Under 16 A Football Final. Final score 1-6 to 1-4. 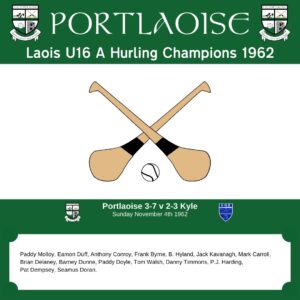