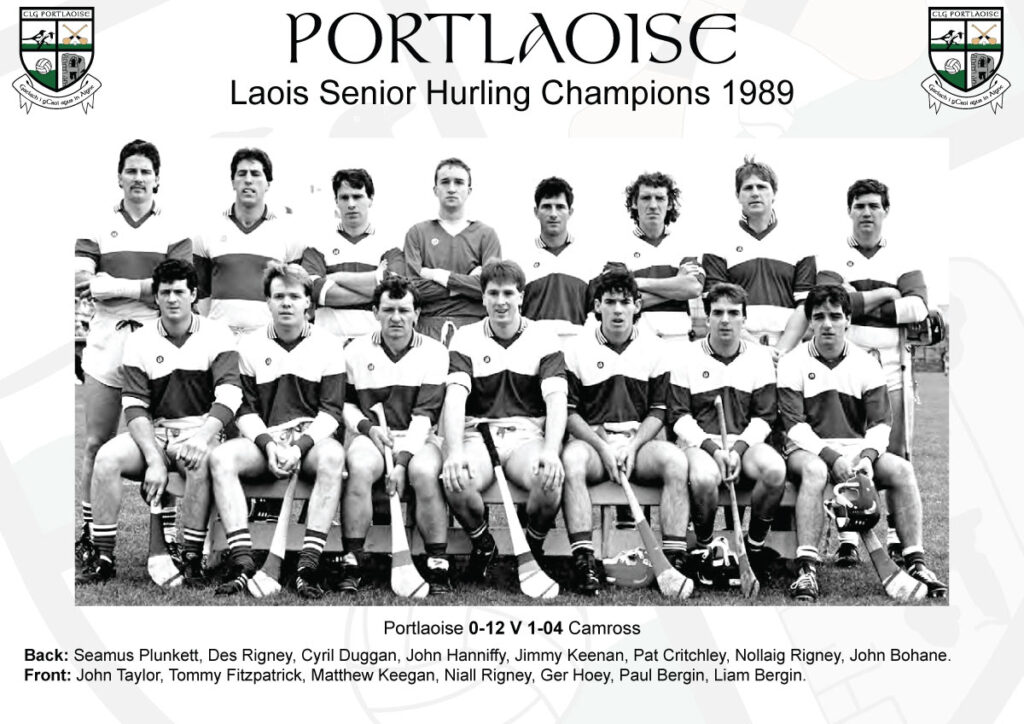 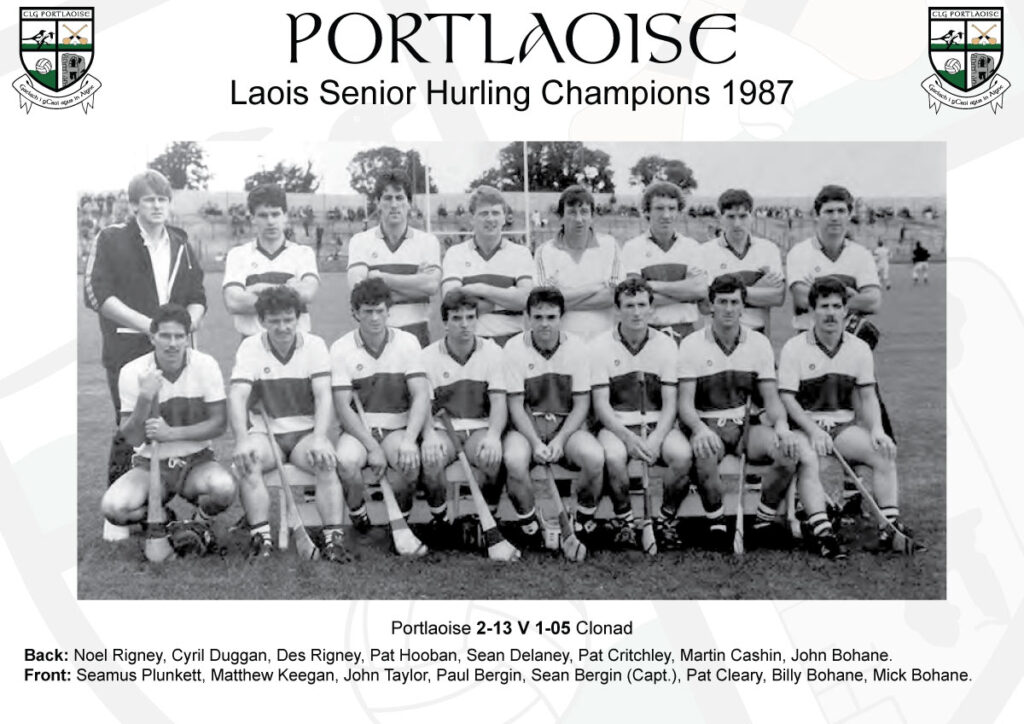 Har Walsh and his brother Tom both won under age titles in hurling and football with the town.

Teddy Fennelly Snr remembers the first Leinster win for Portlaoise on the 50th anniversary of the great win agains Athlone.

An extract from the Secretary’s Report of Bill Phelan at the 1981 A.G.M